How Amazon’s Arrival to New York City Could Impact Schools 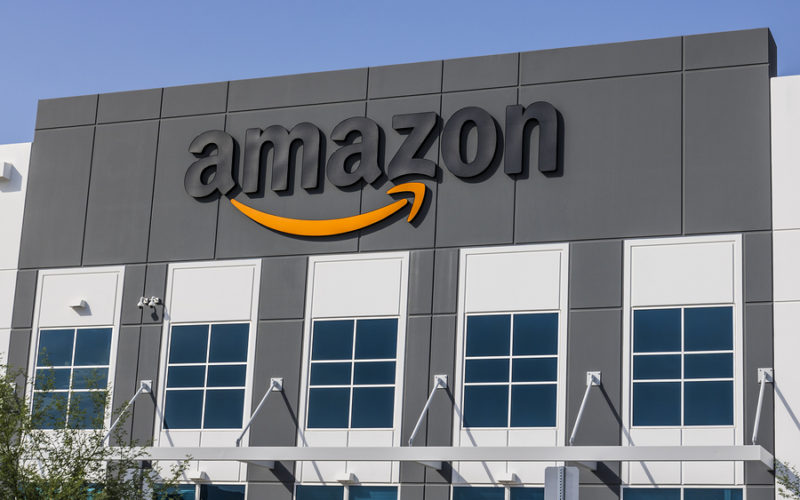 After months of speculation, Amazon announced Tuesday that it picked Long Island City for one of its two new headquarters.

Details about the new Queens hub are still emerging, and some of the particulars are already raising eyebrows — including billions in incentives Amazon was offered to locate here. The deal, which officials claim will create as many as 40,000 jobs over 10 to 15 years, will undoubtedly affect New York City’s public school system.

The formal agreement between Amazon and New York City lays out several direct ways that the deal could impact city schools. The company agreed to house a 600-seat intermediate school on or near its Long Island City campus, replacing a school that had already been planned in a residential building nearby. Amazon also plans to offer “career exploration activities” and internship opportunities to high school students. And there is a proposal to relocate some Department of Education offices in Long Island City to make way for the tech giant.

If Amazon’s impact on Seattle, its primary headquarters, is any guide, there could be reverberations felt in New York City classrooms, especially those districts in or adjacent to Long Island City. Still, given New York City’s size and economy, Amazon’s arrival may not create the same sweeping changes — and officials are already trying to reassure New Yorkers.

“The city and state are working closely together to make sure Amazon’s expansion is planned smartly, and to ensure this fast growing neighborhood has the transportation, schools, and infrastructure it needs,” de Blasio said in an Amazon blog post announcing the move.

Here are four potential issues to look out for.

Amazon has pledged to donate space for a new middle school — space that parents say is desperately needed. De Blasio said Tuesday that the school will replace another that had been proposed for the area. “There is no loss of school seats,” he said.

But Meghan Cirrito, a member of the Gantry Parent Association, an education advocacy group in Long Island City, is skeptical that the school will ease the crunch for classrooms. Queens parents have long fought for more school space in the borough. In the Long Island City neighborhood, schools that serve grades K-8 are already at 102 percent capacity.

“It will absolutely not relieve the overcrowding. They will keep up with their own development,” she said. “We’re already behind school seats.”

Deborah Alexander, the co-president of Community Education Council 30, which includes Long Island City, echoed that the school plan feels like “a pittance.”

“We’re still playing catch up for the city’s lack of infrastructure in Long Island City,” she said.

The need for more classrooms could also have consequences for de Blasio’s push to make pre-K available to all the city’s 3-year-olds, an effort the city is rolling out slowly in part because of existing space constraints.

But even if thousands of students arrive with new Amazon employees, they will still represent only a drop in the bucket of the city’s 1.1 million public school students. De Blasio cautioned at Tuesday’s press conference that while some employees will live in the neighborhood, not all will move to Long Island City and some may commute from other areas. Still, the neighborhoods around Queens are some of the most crowded school districts in the city.

Seattle has struggled to address a surge in homelessness as home prices have soared more rapidly in the city than anywhere else in the country — an increase that many have attributed to its booming tech sector.

As the number of high-earners there has shot up, so has student homelessness, which has increased threefold between 2011 and 2017. But when the city tried to pass a new tax dedicated to boosting services for the homeless, Amazon led a campaign against the measure, which eventually died.

Amazon is promising to pay an average salary of $150,000 in New York City. In the school district that will host the tech giant’s new hub, about 72 percent of students come from low-income families.

In New York City, the number of homeless students is already at an all-time high. More than 114,000 students here lack permanent housing, which poses challenges for schools that may struggle to meet the needs of children who often lag behind their peers on academic measures.

De Blasio said the arrival of large companies such as Amazon could exacerbate homelessness in other cities that “don’t have substantial affordable housing, are not building a lot of new affordable housing,” specifically calling out San Francisco.

But, he said, the impact of tax revenue from Amazon’s move will be “central” for supporting existing affordable housing in New York City.

Other changes in student demographics

School leaders in Seattle say the number of students who are learning English as a new language has jumped with Amazon’s growth, opening the need for teachers and curriculum to serve those students.

New York City has rapidly expanded its language programs under de Blasio, which are often seen as a tool to help spur more diverse schools. But the education department has also historically struggled to serve English language learners well.

Amazon’s move could have other effects on school diversity at a time when advocates have put increasing pressure on the the city to step up integration efforts. New York City schools are among the most segregated in the country, an issue that Carranza has pledged to tackle.

But with more higher-income families potentially lured to Queens by Amazon jobs, Cirrito worries about gentrification in a borough and neighborhood known for its diversity, and the effect that could have on classrooms.

Even if low-income families live side-by-side with Amazon’s workers, it’s not at all clear their children will learn together. Long Island City is home to the New York’s largest housing project, and whether high-earners would opt into schools where many students are poor is an open question.

New York’s agreement with Amazon doesn’t offer many details about how the company will interact with the nation’s largest school system, but it does include a promise to create internships and “work-based learning opportunities” — including activities such as career days and mock interviews.

What that will look like, and whether a bigger stream of philanthropic support could follow, is unclear. Amazon has offered some support for public education in Seattle, including supplies for needy students. And its founder, Jeff Bezos, recently announced a $2 billion investment to launch a network of preschools in low-income communities.

Kathryn Wylde, the president and CEO of the nonprofit Partnership for New York City, which serves as the business community’s lobbying group, said she hopes Amazon’s presence helps fuel career and technical programs in city schools.

“The frustration has been a lack of employer engagement in opportunity for [career and technical education] and workplace opportunities,” Wylde said. “Obviously this is a bonanza in providing those opportunities.”

She added that Amazon could support schools similar to Brooklyn’s P-Tech, a high school that partners with IBM to offer students opportunities in the tech sector. (Wylde said there were no concrete plans in place yet for Amazon to participate in such a partnership.)

Others were less optimistic.

Alexander, the co-president of Community Education Council 30, said she hopes the city would partner “as much as possible” to harness any investments Amazon is willing to make in public schools.

Still, she added, “It sticks a little in my craw —  the richest person in the world getting billions of dollars in money from New York State when New York State owes schools so much money.”

“It’s hard to see what internship or guest speakers or whatever could make that balance.”