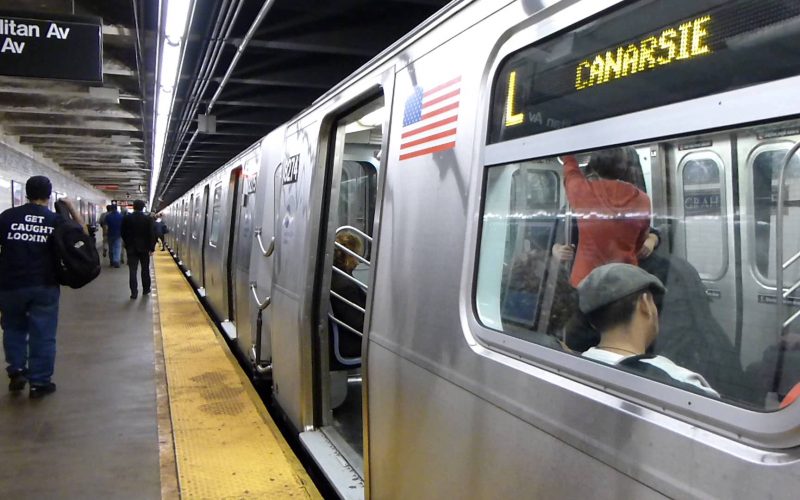 train’s Canarsie Tunnel under the East River by three months, improve two stations, and build a substation that will allow more trains to run on the

Line, increasing capacity. The contract award calls for the tunnel work to be completed in 15 months, three months shorter than the previously discussed 18 months.

The $477 million contract, to be awarded to a joint venture consisting of Judlau Contracting Inc. and TC Electric, also adds $15 million in incentives to complete the tunnel project in 15 months. Contractual provisions were included to expedite demolition, encourage acceleration of the tunnel work, deter delays, enable traffic mitigation work, and the testing and commissioning of systems.

Consistent with NYC Transit’s objectives to expedite critical capital projects and improve customer service, NYC Transit will also implement procedures to ensure that the project advances in a fast-tracked fashion similar to the expedited nature of Design Build projects.

“The heavy damage sustained by the Canarsie Tunnel during Superstorm Sandy requires a full reconstruction in order to ensure the integrity of the tunnel and the safety of riders for generations to come,” said MTA Interim Executive Director Ronnie Hakim. “At the same time, we promised to do everything possible to mitigate the impact of this vital work on l line riders, and today, we’ve done just that, by shortening the tunnel closure from 18 months to 15 months.”

The work under the contract will address the salt water damage caused by Superstorm Sandy in the tunnel to improve service and reliability for the riding public. The work in the tunnel will be completed during the closure of the tunnel between Brooklyn and Manhattan that is now planned to begin in April 2019. Work during the closure includes demolition and reconstruction of approximately 60,000 linear feet (LF) of duct banks, 14,400 LF of track and track bed, 270,000 LF of cable ducts and associated cables, repair of 7,000 LF of concrete lining, and the installation of tunnel lighting and fire systems. The tunnel will be also be protected from future storms with resiliency measures including construction of resilient cables and ducts and the installation of a new discharge line.

Prior to the tunnel closure, extensive station work will be performed that will increase operational efficiency and improve accessibility and circulation. Station improvements at the 1 Av and Bedford Av

stations will include new stairways, and four ADA-compliant elevators and other work to improve customer flow.

Construction of a new Avenue B substation and other infrastructure will address power requirements that, combined with the existing CBTC signal system, will allow more trains to run on the line to accommodate growing ridership.

The MTA and NYC DOT have engaged in an aggressive community engagement process through town halls and community workshops meeting with residents, businesses, community boards, merchant groups and civic associations in Brooklyn and Manhattan communities along the

Line. The meetings have been successful forums providing information on the Canarsie Tunnel repairs and to solicit community feedback on possible alternate travel options during the planned closure.

MTA New York City Transit has taken several steps to ensure the Canarsie Tunnel remains reliable until permanent repairs can be performed. The agency is inspecting the tunnel’s walls more frequently, and has installed redundant power cables to ensure the pumping system will operate without interruption.