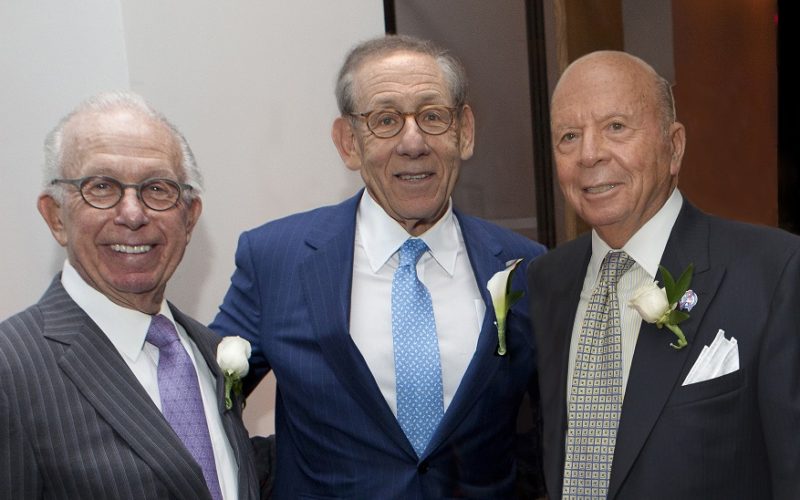 JASA, one of New York’s largest and most trusted non-profit agencies serving the city’s senior population, celebrated a half century of service on Wednesday evening (May 16, 2018) with a special 50th Anniversary Celebration, titled Honoring Our Past, Building the Future. The event took place at the magnificent 9th floor Atrium at 10 Hudson Yards in NYC and was emceed by New York broadcaster and author Len Berman. Over 2.7 million dollars was raised at the event, including the surprise donation of one million dollars by the evening’s esteemed honoree, real estate developer and philanthropist Stephen M. Ross. The generous donation was made in honor of his mentor Henry Pearce, a founder of JASA, and led to the agency’s most successful fundraiser to date. The funds will help JASA develop new strategies for meeting the needs of an aging population and support JASA’s many programs that serve more than 43,000 older adults in the New York area.

Mr. Ross, Chairman and Founder of Related Companies, and a former JASA Trustee, became the first recipient of the JASA Visionary Award, created to honor individuals whose philanthropic works have had a lasting impact on New York and on the future of JASA. Patricia Green and the Green family, and Ruth Perelson, JASA’s longest- serving trustee, received the Legacy Award, which honors a significant, long-term contribution to JASA that has helped to enrich the lives of older adults in New York. About 350 people attended the event including philanthropists, non-profit leaders and government officials.

“JASA’s 50th birthday is indeed cause for celebration,” said JASA Chief Executive Officer Kathryn Haslanger. “The generosity of our donors at this milestone boosts our ability to serve New York’s diverse and growing older population well into the future.”

JASA is a dynamic and compassionate organization serving more than 43,000 older New Yorkers each year. They serve 940,000 million meals, engage over 13,000 seniors in 22 senior centers and provide safe, affordable apartments to 2,400 seniors. They also provide mental health services, educational programs and legal services in more than 10 languages, making the agency an integral part of New York’s safety net for low-income seniors and their families. The annual Gala enables JASA to continue providing their invaluable services and activities to keep this community of seniors engaged, vital and cared for.

Next PostWhose War on Drugs?, A #BHeard Town Hall At BRIC On Wednesday, May 23rd