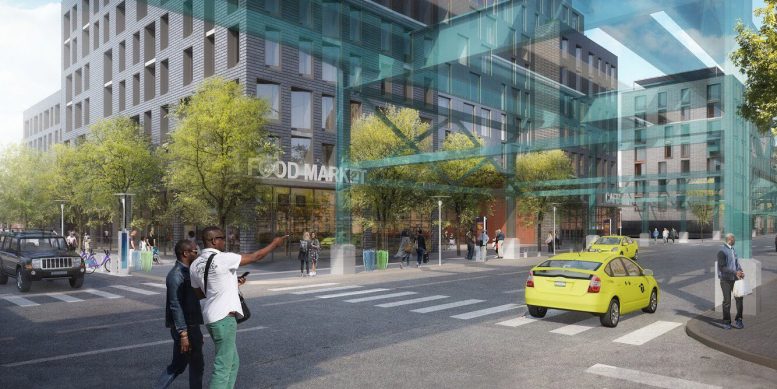 It was announced last week that Brownsville, Brooklyn will be seeing multiple brand new developments being built over the next couple of years.  Here’s a look, specifically, at the Livonia 4 Development.

This project will be developed by a team that includes Radson Development, Community Solutions and Catholic Charities Progress of Peoples Development Corporation. Livonia 4 is a multi-site development comprised of a series of parcels along Livonia Avenue between Powell Street and Mother Gaston Boulevard with an additional parcel at the intersection of Livonia Avenue and Amboy Street that will include over 420 units of affordable housing over four sites that will serve a range of incomes and populations, including extremely low-income households, formerly homeless households and low-income seniors. The largest site will include a new supermarket, café and a rooftop greenhouse that will serve as a new local source of fresh produce for distribution to building residents and the community through the supermarket and café. The remaining three sites will feature additional community gardens, social services, a new senior center and a youth and family recreation facility.

The Brownsville Plan is leading to the creation of over 2,500 new affordable homes, representing more than $1 billion of investment. Over 500 affordable apartments and for sale affordable homes are currently under construction. In addition to new development of vacant City-owned land, including the RFP sites, the plan also coordinates over $150 million in critical neighborhood investments, many of which are under way now or already complete.