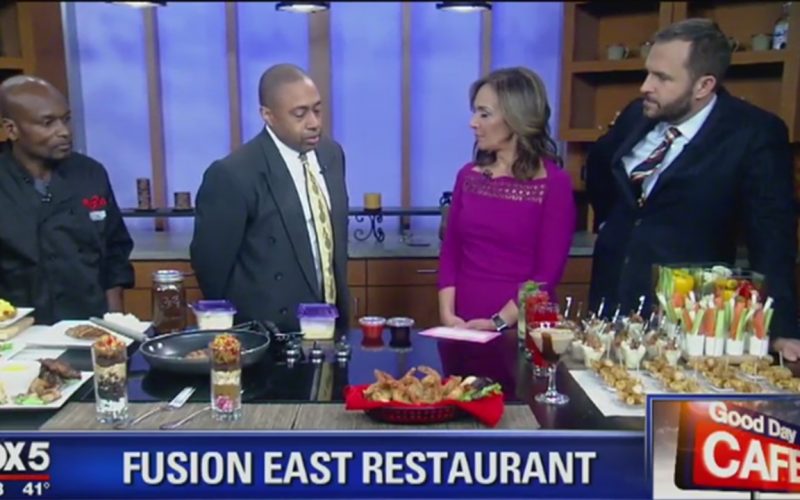 Fusion East Restaurant has been referred to as the first “modern chic” restaurant in East New York.  The NYCNewswire.com staff and the attendees of the NYCNewswire.com launch event were sold on the restaurant’s tasty jerk wings, and cod fish critters. The CEO of JIG Media, Vernon Jones, raved about the wings during the launch event. “those were the best wings I ever had. The meat fell off the bones”, Jones stated.

Next PostEastNewYork.com Kicks Off With Launch Event at ARTs East NY