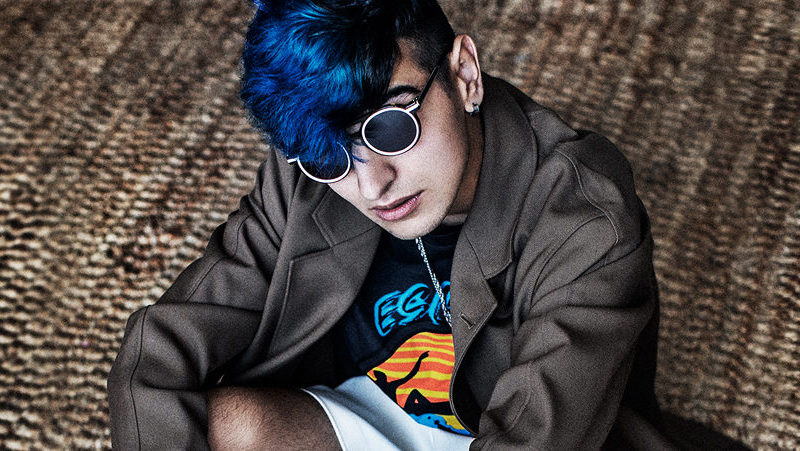 New artist Aria spoke with Brooklyn Buzz about his influences, favorite tracks of 2018, and his new track, “Bleu Chanel”.

Check it out below!

BROOKLYN BUZZ: Tell us about your new single “Bleu Chanel”.

ARIA: I kind of just made it while making music I liked myself. Normally, lots of artists try to manufacture their records to sound and feel a certain way, but I’m happy about this one because it all just came together naturally for me. It’s heavy hitting, yet fun as hell.

BB: How would you describe your sound to new listeners?

BB: Who or what inspires you musically at the moment?

ARIA: Honestly, my inspiration comes from the weirdest things. I don’t hear a certain type of music and suddenly get hyped up to go work on my own craft. Sure you hear things that make you want to compete but I kind of just take my inspiration from living life. Sometimes you have great days and sometimes you have bad ones. But if we are talking purely musically then I’ve always been inspired by Lana Del Rey.

BB: What is your first musical memory?

ARIA: This one time when I was 7, I thought me and my friends were going to form the sickest rock band of 2005. I was the singer and I also liked to play the guitar while I sang even though I had no idea how to play the guitar. Shook up the whole Gaithersburg Maryland music industry.

BB: What has surprised you most about being in the music industry?

ARIA: Some people are super nice and genuine while some people understandably try to look out for themselves over others. It’s all in good faith though because it’s how the world works. And of course there are the regular assholes like in any industry but that is okay because we all got to live.

BB: How much time do you spend on social media per day?

ARIA: I just use it as a pass time between the parts of my day when I’m doing things. Maybe it adds up to an hour or two with all the little moments I spend plus when I get up in the morning but other than that I try to stay away from it. I prefer human interaction way more.

BB: If you weren’t in music, what else do you think you would be doing?

ARIA: That’s a good question that I actually wonder myself all the time. Honestly I have no clue, maybe I’d be trying to live out some kind of entrepreneurial dream where I have a good idea to scale.

BB: If ‘Bleu Chanel’ could be played in any TV show or movie what would you choose?

ARIA: Power by 50 Cent or we would have to go back and reboot Entourage so we could have the song be played in there. Also, for the purpose of me being able to watch new episodes of Entourage. Make it happen. Lets get this done.

BB: Do you collect anything?

ARIA: Ya, I collect vinyls but not like a madman. I’ll just buy them here and there when I see ones I like. It’s more fun to flip through them in the store rather than to just sit online and add them to your cart. I also like clothes, but I don’t collect them religiously like a lot of people do.

BB: Who would play you in a movie and why?

ARIA: I would definitely just play me, myself. I don’t want to miss out on being in a movie with the only role I know I can 100% play better than anybody else including the great Morgan Freeman. But if Tom Cruise offers to let me do all the Mission Impossible movies from now on I am down for a trade.

BB: What’s next for Aria?

ARIA: New music and a lot of new sounds in general. That’s nothing new for those who have been fans of me though. I always like to switch things up a bit.

Previous PostAria Drops New Music, Speaks To Us About His Sound, And More!