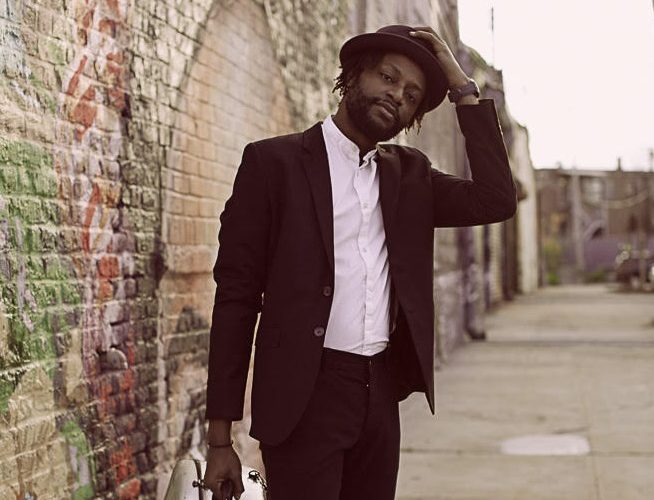 Brooklyn Ballet is thrilled to feature live music for our Roots and New Ground 2 performances, as well as an original composition by cellist Malcolm Parson

Malcolm Parson a composer who has created 5 original scores for Brooklyn Ballet. Malcolm has performed with the Carolina Chocolate Drops, a Grammy-winning old-time string band from Durham, North Carolina and is currently a member of the Turtle Island Quartet. Listen to some of his music below.

This year, Malcolm teams up again with Choreographer David Fernandez on This Dance Goes Like This, and with Lynn Parkerson for Found and Lost. He will be joined on stage by cellist Amy Kang and guitarist Gabe Schnider.

Equally at home in both the concert hall and downtown rock venues, Amy Kang performs as a classical chamber musician as well as with hip hop artists, jazz ensembles, and singer-songwriters. She is currently the cellist in the JP Jofre Hard Tango Chamber Band. Recent performances in 2016 have brought her around the world to Poland, Panama, Puerto Rico, South Korea, and Japan.

After falling in love with the guitar at age 10, Gabe Schnider has performed/recorded with artists such as Wynton Marsalis, Joshua Bell, Bill T. Jones, Damian Woetzel, Arturo O’Farrill, Jon Batiste and Stay Human, & Ben Folds, among others. He is a regular performer/bandleader at Jazz at Lincoln Center and has worked in New York City and beyond at venues including Carnegie Hall and The Kennedy Center.

Brooklyn Ballet is also excited to be teaming up with pianist Julius Abrahams, a collaborator since 2011. After finishing graduate studies at The Juilliard School, he continues to work as staff pianist at the esteemed Juilliard’s Vocal Arts Institute since 2012. He has appeared in numerous performances with the Brooklyn Art Song Society and Gil Morgenstern Reflection Series, among others.