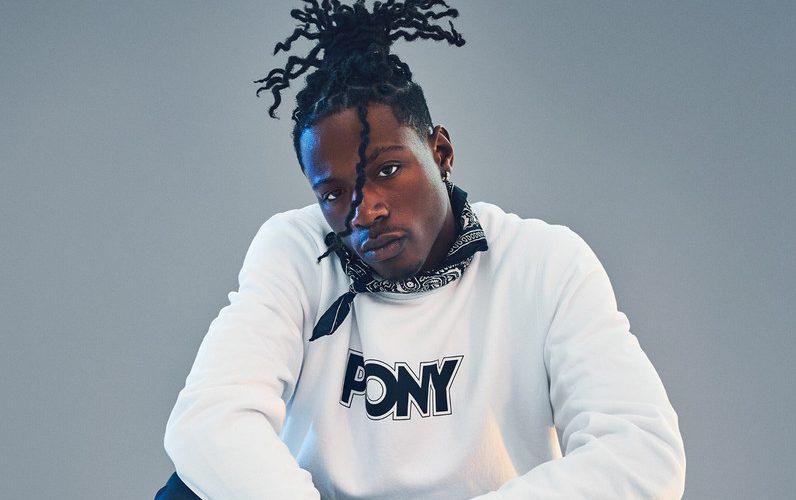 Iconix Brand Group, Inc.  announced that PONY, the original sneaker brand with a 45-plus year history of influencing New York’s culture of cool, relaunches this week with a marketing campaign entitled, “Product of New York,” under its namesake. The campaign creative is intended to honor the city that has long defined the brand and its highly-coveted sneaker collections.  To celebrate the relaunch and modernization of PONY’s iconic Topstar sneaker, which was integral in the creation of present-day sneaker culture, the brand collaborated with Brooklyn hip-hop superstar and actor Joey Bada$$, who served as both the perfect muse and model for the fall collection.

“I carry New York with me everywhere I go. It’s almost written across my forehead. I am a product of New York, working with Product of New York and there are so many parallels between myself and the brand,” commented Joey Bada$$ on the partnership. “The fact that it’s an OG classic brand, and that’s basically my sound – OG, classic, timeless – I just thought it was a match made in heaven,” he continued.

When PONY first appeared in 1972 the brand created casualwear lightyears before athleisure would be formally admitted into the dictionary. PONY was built in New York’s image, which is to say it was equal parts ambitious, edgy and energetic – the sneakers were designed to keep up with the fast-paced motion of the city streets and 40 years later the streets of New York may have changed but the energy remains, more vital and vocal than ever before.

With the resurgence of retro brands flooding the athleisure space, PONY offers a unique point of view through the brand’s New York lens. The fall campaign creative, shot in-studio against a clean background, intentionally focuses on the brand’s authentic face, Joey Bada$$, and the footwear. Joey is photographed in a range of looks, including the white Topstar with the brand’s black chevron, which the artist distinctively styled with a basic tee and tartan suit. He is also shot in PONY’s new patent-leather high tops, in both burgundy and stark white, as well as a tonal nude Topstar.

The brand’s unisex fall collection will reintroduce iconic silhouettes from the heritage brand that have been reimagined with a contemporary spin that includes modern tooling and new colors, fabrics and materials. The new PONY Topstar, once worn by legendary PONY athletes Dan Marino and Pele, and now worn by icons of culture like Joey Bada$$, will be available starting this week at retailers such as Urban Outfitters, Zumiez, SneakerVilla, specialty boutiques and more.

“Joey is a force in entertainment, music and fashion, whose New York roots and relaxed yet purposeful sense of style make him the ideal partner as we relaunch our PONY brand,” stated Jamie Cygielman, chief marketing officer of Iconix Brand Group. “We’re excited to present a reinvention of the brand’s classic styles that historically had such a tremendous impact on sneaker culture to a new consumer, while also invoking nostalgia in original PONY fans,” she continued.

Additionally, Joey Bada$$, who released his sophomore album All-AmeriKKKan Bada$$ this past April through his Pro Era label and appears in USA network’s hit show Mr. Robot, is also collaborating with the brand on a signature footwear collection, inspired by his connection to New York, which will be previewed later this year. Through the brand’s integrated partnership with the artist, he will also take PONY fans behind-the-scenes as he hits up his favorite New York hotspots and backstage as he prepares for upcoming performances.

Included in the 360-degree brand relaunch will be a roster of male and female ambassadors, all with a meaningful connection to New York, as well as a strong digital presence and a desire to use his or her voice to redefine the cultural landscape. Announcements of additions to the ambassador line-up will coincide with exclusive sneaker drops.

To stay up to date with PONY’s latest sneaker drops and ambassadors, please visit PONY.com and follow the brand on its social media platforms via its handles @PONY on Instagram and Facebook and @PONYBrand on Twitter.