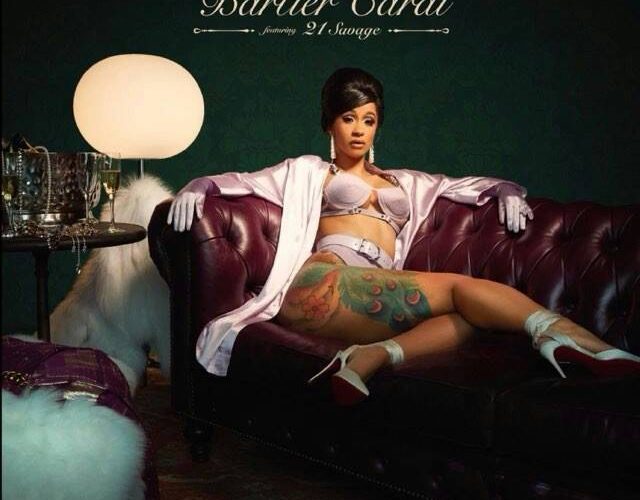 “Cardi B’s long awaited follow-up to “Bodak Yellow” is scheduled to be released on December 22.
The track is titled “Bartier Bardi” inspired by the Cartier jewelry company and the first half of her stage name replaced with the “Lick” rapper’s favorite letter “B.” The anticipated second single was originally a solo track, but she decided to tap Atlanta rapper, 21 Savage for a feature to add that special sauce.
The former reality star and fiancé of Migos rapper Offset hasn’t released a single of her own since “Bodak Yellow” was released in June. The hood banger has kept her name poppin’ in these streets for much of this year. Her bubble is also supported by the success of several guest features on hist like G-Eazy’s platinum single “No Limit” featuring A$AP Rocky and the Migos track “Motorsport” featuring Nicki Minaj.”