More Money in NYC Teachers Contract, But Is It a Raise? 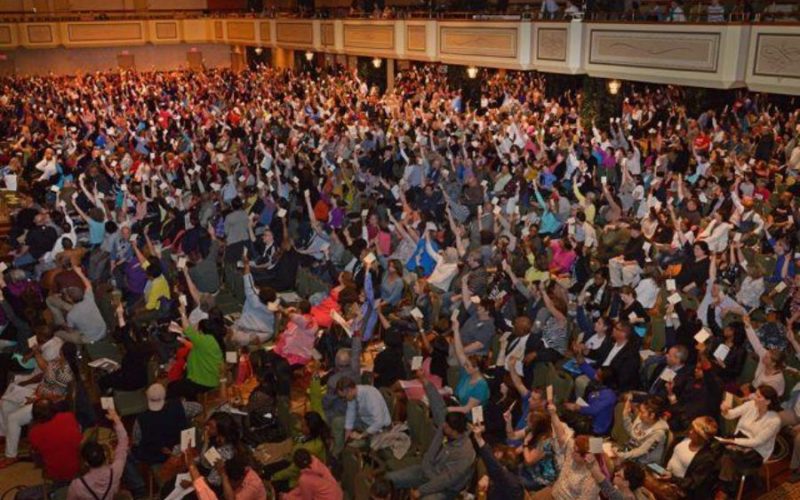 Originally posted on Chalkbeat by Philissa Cramer on October 12, 2018

The contract deal that New York City and its teachers union announced Thursday looked like good news for teachers’ paychecks: The starting salary for new teachers would exceed $60,000 by the end of the contract term, and all union members would get annual pay increases.

But as educators worked to make sense of a proposal that union officials were asking them to move forward just 24 hours later, some union members began to raise concerns.

For one thing, the average annual raises fall below the 2.8 percent that the federal government has identified as matching the rising cost of living. When inflation exceeds pay increases, workers effectively experience pay cuts.

“Wait. The negotiated contractual increases are going to be LOWER than the government’s own 2019 COLA increases?” one union member wrote on the union’s Facebook page. “Are you kidding me?”

“The city economy is growing at a rate of 2.7%,” James Eterno, a retired teacher who once ran a quixotic bid to unseat United Federation of Teachers chief Michael Mulgrew, wrote on his blog, referring to the economic growth rate reported for the second quarter of this year. “The prosperity of the last ten years has passed us by.”

The city negotiates pay raises for its municipal unions as a group, hemming in the UFT because other unions had settled on new contracts first. The union also agreed to raise health care costs for new members earlier this year as part of a deal to secure paid parental leave for the first time, further limiting what could be on the table in the contract talks.

Still, some UFT members are asking why their leaders didn’t demand more.

“My union agreed to a contract that doesn’t keep up with inflation, and they’re going to try and rush it through before members can read it,” tweeted Will Ehrenfeld, a teacher and union delegate. “Why not push for more in this #RedForEd climate when the city is flush?”

Ehrenfeld was referring to the wave of protests over the last year when educators across the country rallied to boost teacher pay and spending on schools, in some cases walking off the job. The protests have drawn attention to teacher pay and increased sympathy for educators who say their efforts are undervalued.

While New York City teachers make far more than their colleagues in West Virginia and Arizona, many still struggle to afford to live in the communities where they work. Some also are still reeling from five years without pay increases after a previous contract expired in 2009.

Mayor Bill de Blasio suggested during the press conference announcing the deal that other elements of the tentative contract, including new spending on struggling schools and changes to the city’s evaluation system, should encourage teachers to feel valued.

The union is convening delegates to approve the contract terms at an emergency meeting Friday, about 24 hours after revealing the broad outlines to the public and days before a regularly scheduled meeting. Late Thursday, some members were questioning that timeline.

“Furious my beloved @UFT wants me to support a contract that doesn’t even include cost of living increases when I teach in one of most expensive housing markets in USA,” tweeted Samantha Rubin. “Oh, I’m supposed to approve with -24 hours notice?”

Keeping members happy matters more to the union now than in the past, after this year’s Janus U.S. Supreme Court ruling that means states and districts can no longer compel teachers to pay union dues. City teachers will now be able to opt out of supporting the United Federation of Teachers, a dynamic that crept into UFT members’ reactions to the contract deal.

“Failing to understand why post Janus, with NYC economy doing well and a pro-public school progressive mayor the #UFTContract barely scrapes by with inflation,” one teacher tweeted using the hashtag #voteNO. “Now is when you need to remind members why they pay their (now optional) dues.”

Next PostDeadline To Nominate Your Favorite Teacher for 2019 Big Apple Awards is Nov 26, 2018