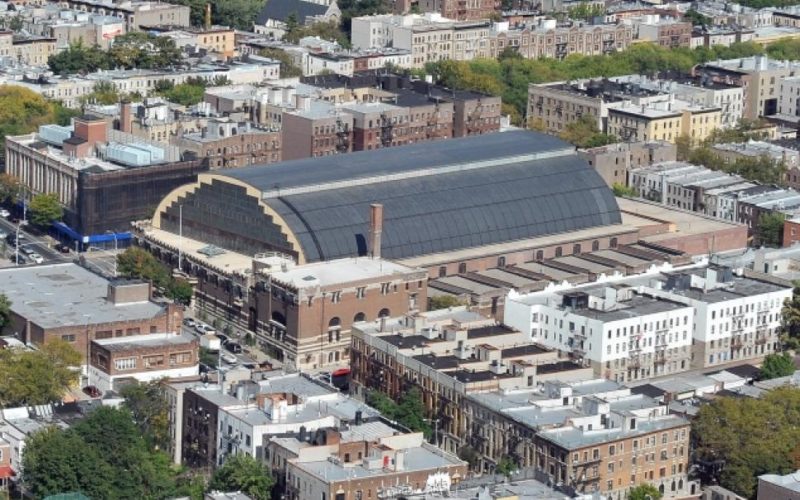 This past week the City Council Land Use Committee and Planning Subcommittee approved the de Blasio Administration’s plan to redevelop the Bedford Union Armory as an affordable recreation center, space for non-profits, and 250 units of affordable housing. New York City Economic Development Corporation and the Department of Housing Preservation and Development issued the following statements:

“Today’s vote marked a major victory for the Crown Heights community. By more than doubling the number of homes that will be affordable to families with lower incomes, the de Blasio Administration is ensuring that this project is both transformative and equitable. And this world-class recreational center and space for non-profits will deliver community benefits for decades to come. We thank Council Member Cumbo for her leadership throughout this process, and for her vote to bring an even better Armory project to Crown Heights residents,” said James Patchett, President and CEO, NYCEDC.

“As the City seeks to maximize its remaining public sites to create meaningful affordability and serve the needs of local communities, the plan to develop the Bedford Union Armory is an important win.  HPD is proud to partner with EDC on this dynamic project that will now bring 250 affordable apartments for low-income New Yorkers, including formerly homeless families, as well as a much-needed recreation center, creating a place for local residents to live, work, and play for generations to come,” said HPD Commissioner Maria Torres-Springer. “I want to thank all the local elected officials, especially Councilmember Cumbo for their steadfast commitment to shaping a stronger project that generates the kind of opportunities that address both sides of the affordability equation.”

To stay updated on Central Brooklyn development register at CentralBrooklyn.org